I have never been a huge fan of Guitar Hero: five buttons did not seem to be as good as six string and 22 frets…until I recently saw this game: www.powergig.com 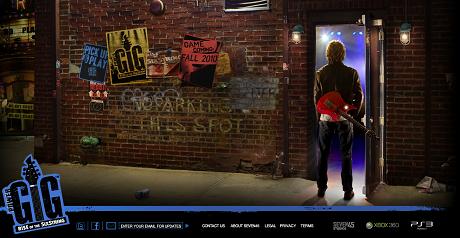 The company Seven45 announced their game coming out later in 2010. Instead of the plastic controller they will offer a real guitar as a wireless controller. ‘Power Gig Rise of the Six String’ will be available this fall, for PS3 and Xbox 360. Let’s hope at some point you’ll be able to use a separate wireless controller together with  your favorite guitar!

This is the trailer for the game: let’s hope to see a bit more actual game playing in the next one…promising, though.