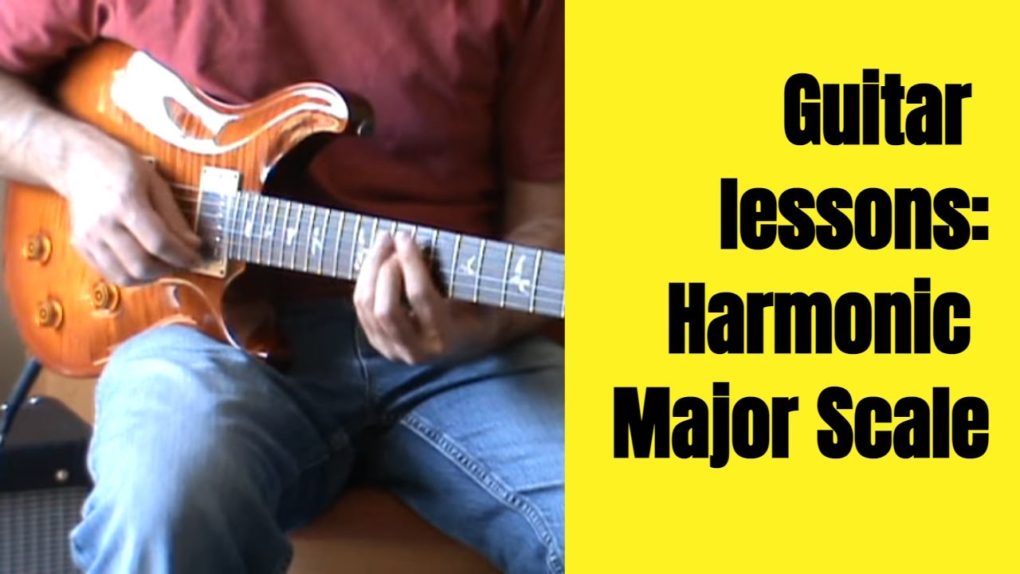 This is a scale I use really often and that can be incorporated in many different progressions. The Harmonic major scale is nothing but a major scale (in the example C major C D E F G A B) with the b6th instead of the natural 6th. So C Harmonic Major is C D E F G Ab B. It can be used in progressions like Fm – Cmaj7 (IVm – Imaj7), Abmaj7 – Cmaj7 (bVImaj7 – C  maj7) or G7(b9) – C maj7 (V7(9) – I maj7)…of course these are just some of the options. Try and experiment with the modes from this scale and all the stuff usually done with a major scale, this time with that b6th instead of the natural 6th. Good Luck!